Washington state wrestling had great success with the teams that we sent to USAW National Duals this year. We had teams compete in four different groups and all four placed among the top 11 at their respective national tournaments. 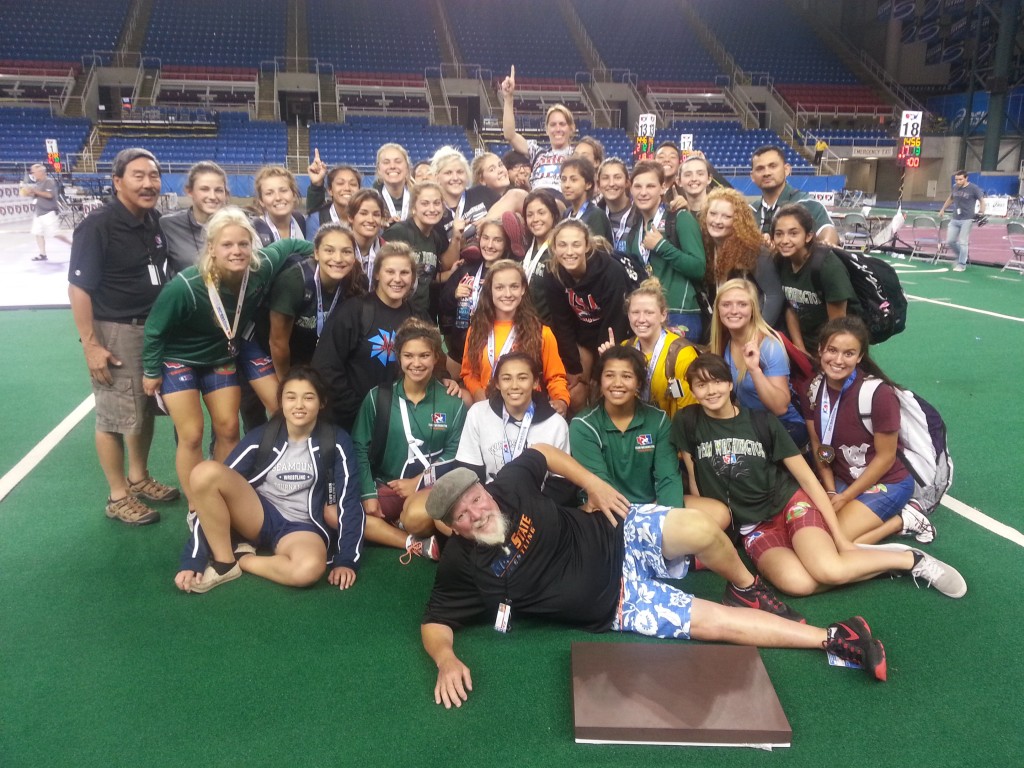 The Schoolboy team (age 13-14 photo below) placed 8th in freestyle and 5th in Greco-Roman at the Schoolboy National Duals in Indianapolis, IN.

The Cadet team (age 15-16) placed 11th in freestyle and 4th in Greco-Roman at the Cadet National Duals in Florida.

The Junior team (HS grade 9-12 photo below) placed 11h in freestyle and 11th in Greco-Roman at the Junior National Duals in Oklahoma City, OK.

Standings of the states after completion of the 2014 National Duals for Schoolboy, Cadet and Juniors were calculated using  1 pt for 1st, 2 for 2nd, etc, up to 17 for not placing a team.  The lowest point total is the best.  Washington placed 7th! Link (This calculation table was compiled prior to Girls nationals)

WSWA/Whirlwind Folkstyle State Championships February 23, 2014, Sunday in the Tacoma Dome Pre-registration link - Tournament is capped at 1600 so register now or you may miss out!